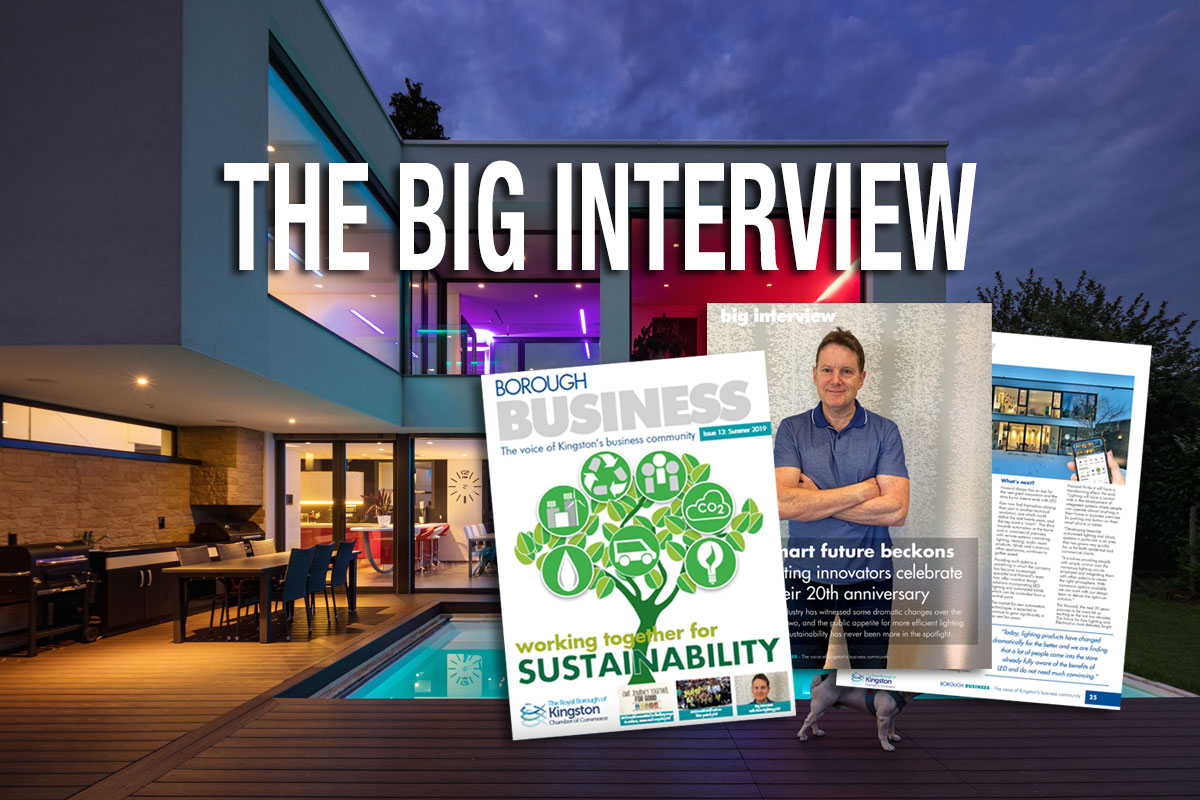 Howard chose to focus on the benefits of LED lighting as the public appetite for more efficient lighting and greater sustainability has never been more in the spotlight.

“So much has changed, over the past twenty years,” says Howard. “When we started out, the internet was in its infancy and the majority of lighting products were ‘conventional’.

“The big thing at the time was halogen lighting but it soon became clear to us that LED lighting was the way ahead.

“The problem with sustainability in the early days was that people associated it with low energy lighting, which was pretty poor. It took a minute to get up to full strength (which could feel like an age), and the range of colours was very limited.

“Today, lighting products have changed dramatically for the better and we are finding that a lot of people come into the store already fully aware of the benefits of LED and do not need much convincing.

“We still have to educate some clients about the efficacy of our newer ranges, but once we convince them that they could recoup the cost of their investment inside 12 months they are sold on the idea.

“Thanks to the popularity of LED, we took the decision to expand the business to offer a full range of services which includes working in a subcontractor capacity for building developers and property owners. The potential cost saving we can offer them has proved to be a big attraction for our commercial clients.

“For instance, we have recently been working for a company which owns three warehouses in Maidstone. They have agreed to remove all their existing lighting and to replace it with LED. It is going to cost them around £20,000 but they will recoup that expenditure in 18 months and it will halve their running costs”.

CLICK THE IMAGE BELOW to view the complete article…

Kew now find themselves playing their part in another technical revolution, one which could define the next twenty years, and the key word is ‘smart’. The drive towards automation in the home and in commercial premises, with remote systems controlling lighting, heating, audio visual products, blinds and numerous other appliances, continues to gather speed.

Below: LED lighting in the home combined with home automation …